If you haven't figured me out yet, I'm not one to make New Year's resolutions. I'm not sure why. It could be (1) laziness, (2) a self-defense mechanism so that if I don't achieve aforementioned resolutions then I won't be disappointed in myself, (3) I have way to many to-do's in my head that it would be futile to try to organize them into a prioritized list, or (4) I am overly content with my perfect self. I think I'm going with (1) and (3). I am lazy and my head is always swimming with entirely too much information.

Today is not an official day-off at the office but there might be 3 or 4 people here, in total. In fact, I don't believe that there are any others in the office higher up on the totem pole than myself so I guess I am the master of my own universe in the office today. Ha! I plan on getting some work done but, I am not so pious as to stick around until 5pm. I'm generally a hard worker but I'm also not stupid.

By the way, my Chiquita Banana is labeled with "The Food that Fights for You!". Um, thank you? Will you help me get a good raise this year, then? Should I bring you with me, Banana, to my review with my manager? Then you fight? No? Ok. I will just put you in my belly, then.

I begrudgingly started the backplash last night. I say "begrudgingly" because yesterday could have been better as far as productivity is concerned. My indulgent self had entirely too much Red Truck Merlot (which, by the way, is excellent - Wine Spectator scored it in the high 80's and BevMo has it for $7.99 - that's a deal!) the night before which resulted in a morning of laying on the couch bemoaning my existence. I basically did shit-shine-ola yesterday morning. I dragged myself to a yoga class in the afternoon, hit up Lowe's with another $10 off $50 coupon , and then forced myself to do something with the kitchen. I textured one more drywall hole and put the last mudding on the final kitchen hole. I then had a internal battle about starting the backplash. I SO did not want to do it, but I told myself to just mix a small bit of mortar and start it, already, Lazy Butt. Turns out the last time I mixed mortar was for floor tile so I mixed more than I bargained for - it was enough to do a 3-foot wide chunk of backsplash when I was thinking I'd maybe do half that. So far, it looks good. I'll probably try to do more tonight and maybe get some pictures up this weekend. I think plain white subway tile was the right choice - thanks bloggy friends!

And I made a decision on bar stools. I did quite a bit of research - I even tried finding used ones but, generally, on Craigslist people sell bar stools in pairs. I have only seen one decent set of 4 and they were too high (29" instead of 24"). I priced out many options, including unfinished ones from a local store. In the end, guess who had the best price and the best option? Effing Walmart. Like 5 bucks cheaper per stool and they have a deeper seat for your fanny than the others ones I had been looking at. And free shipping if I pick them up at a local store. Can't beat it with a stick and I so wanted to get a big stick and beat it hard. Oh well. So I ordered them and they'll arrive, hopefully, next week. 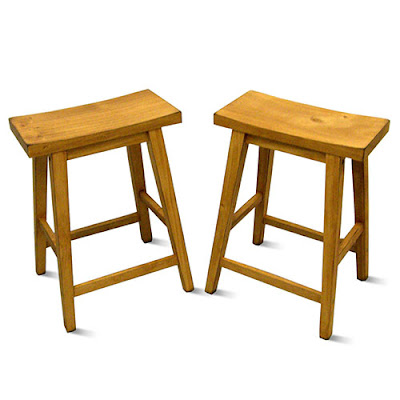 My plan is to paint them red. 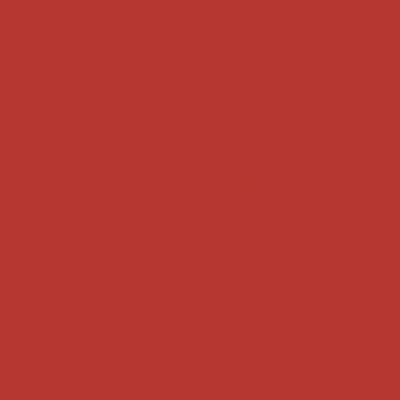 California Poppy from Behr is what I have "settled" on. If I can ever settle on a paint color, because while I am really liking the Water Chestnut, I am thinking that for the living-dining room that has cathedral ceilings, it could be nice to have a shade darker than Water Chestnut just to help it feel less expansive. What color NOW, you ask? Bonjour Beige. It's one step up on the same Glidden color card as Water Chestnut. Google research seem to indicate it's a color that lots of people use and like. I'll probably try it first in the master bedroom since we need to paint in there after having to patch 10 drywall holes from the plumbing re-route. Yeah, 6 months later we still have not fully recovered from the original mess. 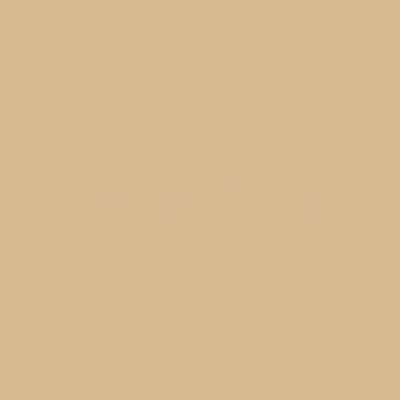 With all my changes to the supposed "plan" that I had with my previous mood boards, I decided to throw the updated one together to see what it looks like. I haven't added the flooring choice yet since we are not sure anymore. Go figure. 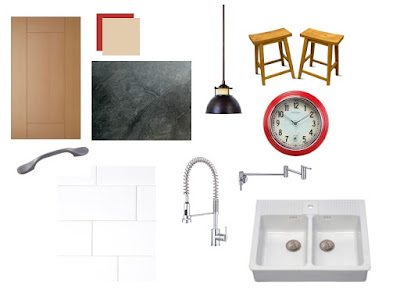 Basically, I suck at designing in advance. Designing in real-time? Not so bad, because I am really liking the mood board now. But I don't know that I could have pulled this out of my ass in October. I guess that's why they pay designers the big bucks. They can see the final decorated outcome before they are knees-deep in the muck. Me, I need to get halfway there, change my mind 14 times, and then finally settle on something that works.