The countertops are in! It's been a long time comin' but they are installed and look fabulous. Though there was one moderately large speed bump that we're still driving over, so to speak. Here are some pictures of the counters after they have been oiled down with livestock laxative. Yes. Laxative. Soapstone has to be oiled, periodically, with mineral oil which happens to be a laxative that they sell in gallon size at feed stores. If I had bought it from soapstone specialists I'd have paid like $20 per quart. I paid $16.25 for a gallon at the feed store the next town over (drive 5 minutes east from my house and you are in horse/farm country). The oil sat for about 4 hours and I wiped it off with a old t-shirt before I took these. 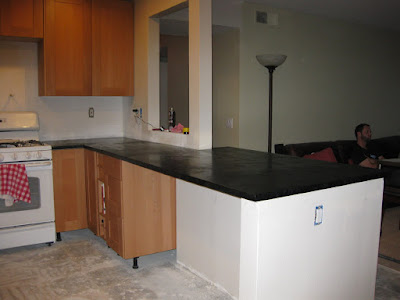 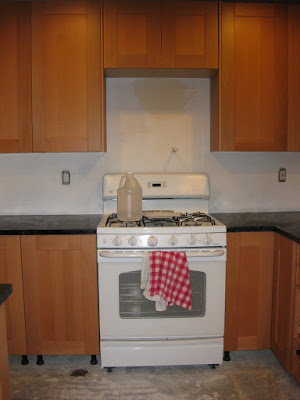 I love the veining: 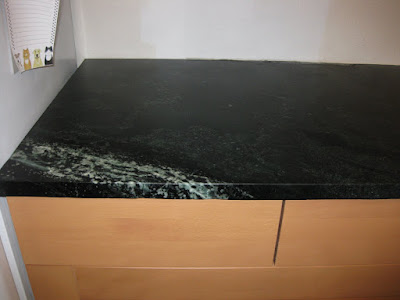 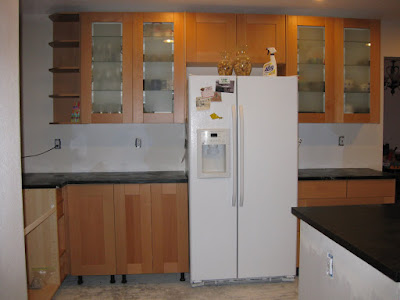 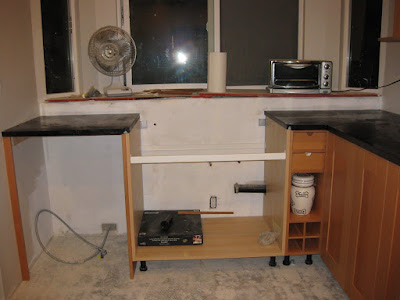 I'm sure you are wondering - WHAT ABOUT THE SINK!? I'm sure if my mother had been there she would have said the same thing. That's the speed bump I mentioned. I had a feeling it would happen and so I wasn't too bent out of shape when it did. The installers broke the sink while trying to fit in. One of the guys lost his grip and the lip which sits on the counter (once it's installed properly) was dropped into place rather than placed gently down and the lip cracked off the corner right side. Yeah. They did pay for a new one but it meant that we had to make ANOTHER TRIP to Ikea because the plumber is coming tomorrow morning at 9am. It also means we have to carefully drill another hole in the sink for the dishwasher air gap. I just hope we don't break this one - third time is NOT A CHARM. You hear me up there? Pleeeaaase? I asked nicely.

I'll leave you with a picture of my silly dog. This has to be one of her weirder sleeping positions with her feet in her face and all four legs weaved together. 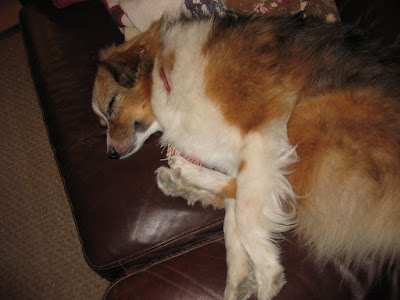