So. I have been talking about my house a bit, with the kitchen addition and all and I really have no good pictures to show you. If I show you the current state of my house, you will run away screaming, scratching your eyes out. Really. The majority of our house is in disarray, with half the carpet torn up in the living room from the slab leak flood, and holes in walls that are half-way patched, waiting for the final finishing and painting. It is an embarrassment. So. I will show you picture of my old house (which is actually younger than my current house, built in 1987). My beloved former model that was too far in the boondocks to keep.

Here is the front. Built in 1999, it faces mostly West, which meant those big windows resulted in the house heating up like a sauna during the summer. Another reason I am not totally sad about having to sell it. 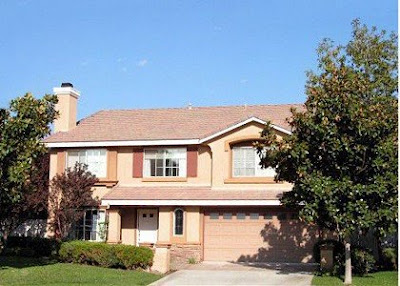 The living room/dining room combination. Mostly empty. At 3054 square feet, we didn't have nearly enough furniture to fill the house. But I loved the big fireplace and white mantle. The floor is bamboo I got from Costco at around $1.70 a square foot. I didn't lay this myself because time was of the essence. The baby grand I got from a lady in Newport Beach for $300. It's old, keys work, but is not a good name (Starr), and needs serious help. Looks great though as furniture. 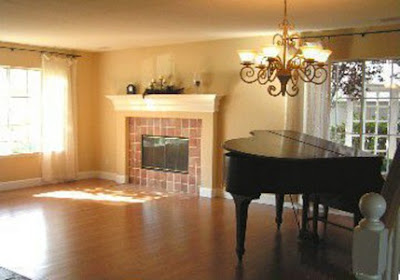 The kitchen. Oh, how I miss thee. It's nothing special as far as cabinetry and countertop. But the space in the kitchen was great. The appliances were all upgraded KithenAid. The walk-in pantry was like 70 square feet. The eating nook was big enough to have a table that fit 8+ people. No need for another dining room, thus why the baby grand is there. 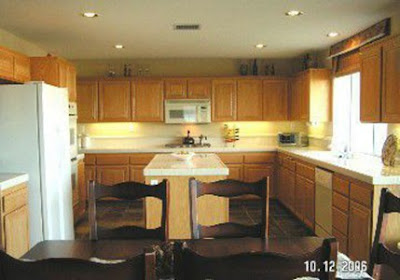 The view from the sink. From the kitchen and master bedroom, we could see Mount San Jacinto and Mount San Gorgonio, both near 11,000 feet high. During the winter they are covered in snow. And the lake is Canyon Lake. Our back yard was huge, which required lots of water in the summer (when it's 106 degrees in Lake Elsinore) to keep green - another good reason we sold it. 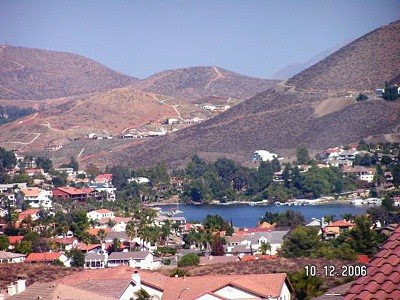 The family room. Another beautiful huge fireplace with stacked stone. The small window is leaded glass, but clearly you can't see that. This is a good view of the slate tile I laid - total was 1000 square feet - the entire first floor except for the bit of bamboo in the living/dining room. I did all the molding of the first floor as well. Finally, the loft. It was a huge loft that we used as an office. The house only had 3 bedrooms, so it could have been converted, but the open feeling of the room was nice. 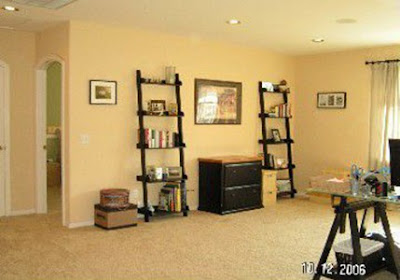 I wish I had pictures readily available of the rest of the house, like the enormous master bath and closets, but they are hiding somewhere on a laptop. I'll pull them out for another post...
Labels: house