Apparently These Are Called Mood Boards...

As usual, I am second-guessing my lighting choice and it's mostly because Restoration Hardware decided to be all "terms and conditions" on me and not allow 20% off on sale merchandise for thier coupon. I mean, at $169 per pendant, that doesn't scream sale to me, but apparently I forgot they are RESTORATION HARDWARE. So I set out to do a little more research to find something similar for less moola.

I narrowed it down to four different ones I liked. I actually found more than that, but many were more than the RH ones. Like, I remember seeing one I thought was fabulous and then nearly crapped a concrete block when I saw a price tag that exceeded $1300. Right.

I am not sure on then pulls/knobs - likely something chrome/nickel/silver-family to match the other stuff, but there is time decide on those. And the faucet I have on the mood board is kind of funny - the Husband commented on a similar one at IKEA when we were getting the cabinets - he said he thought it was "cool." I wasn't sold on it; I though it looked weird but I took a mental note that he liked it and then checked out some similar ones last week and the style started to grow on me. In fact, I saw it again in this cute couple's house in NC, which kind of sold me on it (not that I can't change my mind later!). But, as always, the Man is impossible to read. Below is a Danze version; it's a bit smaller and likely better quality than the IKEA one. I sent him the link and he replied it would look silly in our kitchen. HUH? I thought you liked it? Response: it would not match the rest of the kitchen. I pointed out that we have only purchased cabinets, so we hardly have a cohesive design theme therefore how could it NOT work? Can someone tell me what planet I am on? Anyway, I am leaving the faucet in. Along with the pot-filler from the same Danze line (Parma).

Countertop is tentatively soapstone - but could end up to be something else of the grey-black variety depending on cost. Floor I now have as a dark blue-gray slate - that will have contrasting grout lines - I just couldn't find a good sample with that. 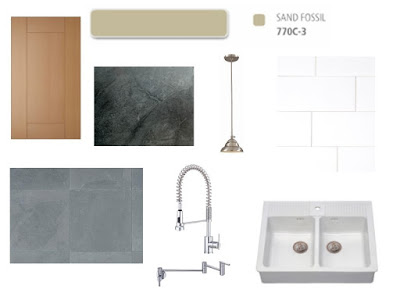 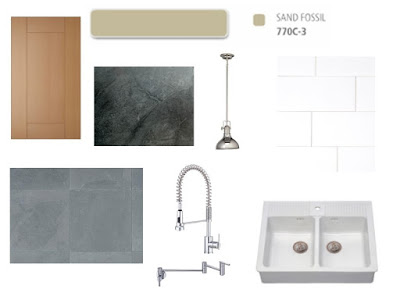 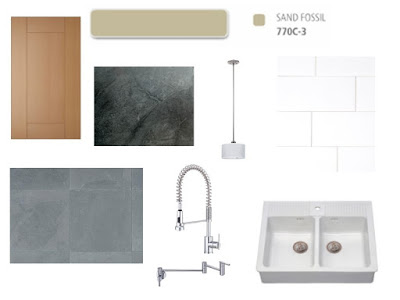 And this one probably doesn't really go, but I just love the dangliness of it. That can't be a word. It doesn't go with the rest of the stuff, does it? It's $116. 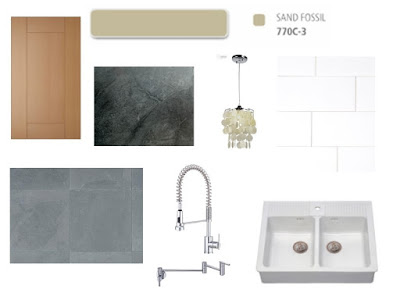 Aaurggh! I am usually quite a decisive person - I am no Libra! But this kitchen is making me the Vascillator of all vascillators.
Labels: family home improvement