I have completed the backsplash! Finally! Only took being unemployed to get it done. The pictures in this post are mostly geared for Amy @ Cape Cod Makeover since she is embarking on a white subway tile backsplash and I wanted to show the detail of the most funky areas in the hopes that it'll make her installation a little easier.

Please excuse my dusty windows, but I am slowly piecing my kitchen back together - I'm nearly complete on painting - hopefully tonight. Then I can hang my red clock from Target that I bought eons ago over the sink. I still have to trim out the areas near the windows with quarter-round, but that'll be a quick fix. 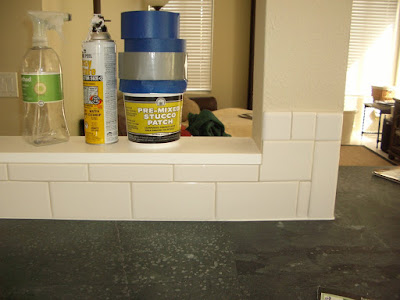 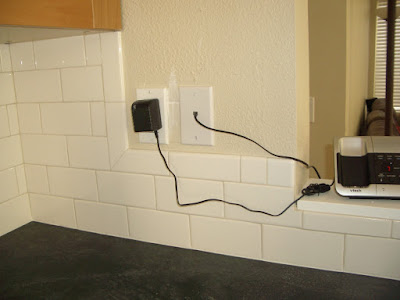 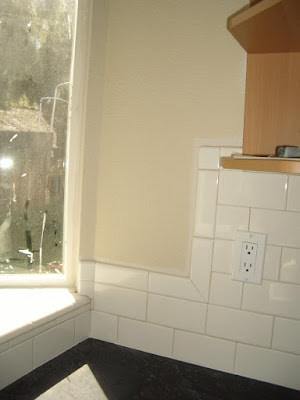 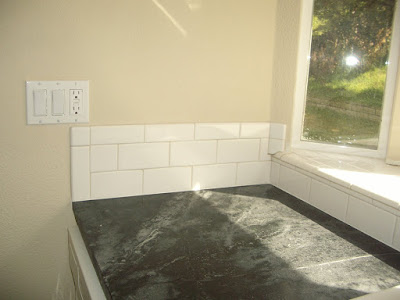 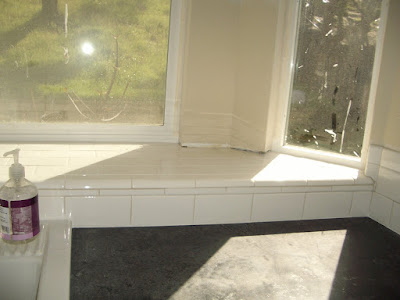 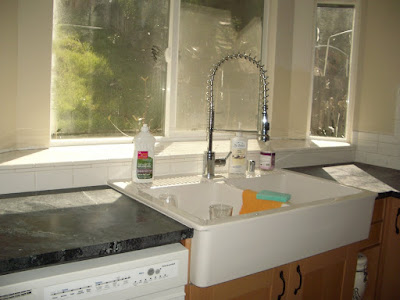 Now I'm going to switch topics entirely and go to my job situation. So. I accepted the contract position, however, it is not stable. Not sure if I have mentioned this previously, but they only have money until May or June and are close to getting financing but it's not there yet. This is hardly comforting for someone who just got laid off en masse with 2/3rds of her coworkers. Nonetheless, I accepted because I didn't have anything else concrete and I had to respond by yesterday. Meanwhile, I have a promising lead at another company where my former co-workers have lots of contacts - like 3 different people, 2 or them being fairly high on the totem pole. I kind of have an "in", though it's not guaranteed, of course. The kicker is that the earliest I can get in there an interview is Thursday (and I'm scheduled to fly to Houston that morning) - and I would know if I was getting an offer on Friday - thus allowing me to sever my contract for a more secure opportunity before I even have to go in there. I'm trying to avoid starting the contract job and leaving in like a week or something. That would just be really bad. The Husband said I should just sever the deal with the contract opportunity now but, as much as I want to be honest, I have to cover my butt in this economy. And we all know that companies don't hesitate (much) to lay people off when they need to - I've been laid off 3 times now, so, my "loyalty" to employers is not strong - I learned quickly. So, I decided to change my flight - an added expense but I am willing to swallow a $250 hit to potentially get a more secure, full-time opportunity with benefits, while also keeping the other opportunity open. Everyone I have spoken with agrees with me except The Husband - he thinks I should just drop the contract opportunity now rather than string them along for 4 days, but his brother, best friend, and my former co-worker all think the route I am taking is the best bet for protecting my own interests.

So that's the job situation. I have a job, but I am not sure I'm officially going through with it.
Labels: feh home improvement the office