In case you thought I was McLying (ha! couldn't help myself) about the kitchen carnage, here are some horrifying pictures for your viewing pleasure. When you see them, you will be thankful that you don't have to live in my house.

Here is the kitchen before. You can see the holes from the re-routing of pipes after the slab leak. My cute table and chairs, which, shockingly, sold the same day I posted it with minimal flaky Craigslist drama. 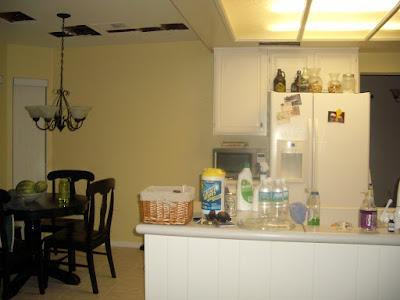 Here are some demo-in-action pictures.

Just before all hell broke loose... 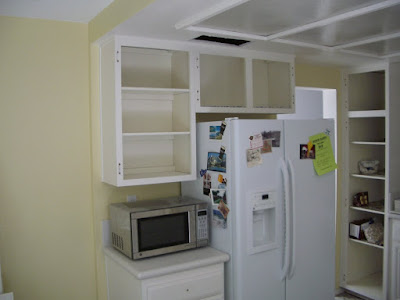 The Husband's buddy from work, helping us out. He likes to demo stuff which was convenient for us. 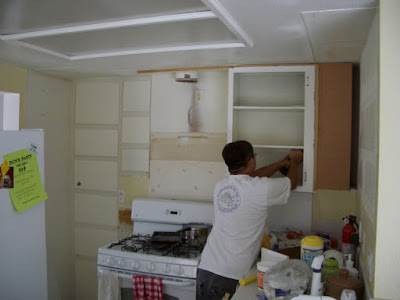 And here is me, removing the 80's fluorescent light fixture - yes the power was off. I love that face I'm making. That is my "concentration" face. I don't even realize I'm doing it. 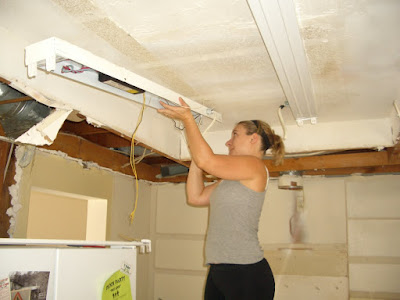 And, in case you were wondering about the how 80's my house really is, this green earring fell out of the cabinets somehow (not sure where it was hidden all this time), as they were being taken down. As June would say: 1987 called, it wants it's earring back. 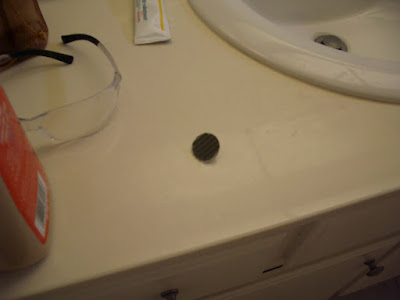 Finally, where we are at now, after a weekend of Tearing Shit Up.

Hello, Insulation. You make for very nice mouse housing, as we discovered. 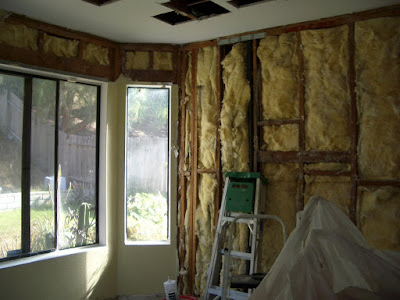 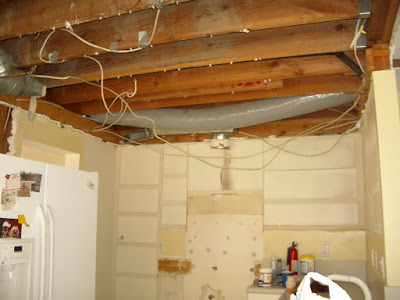 It is gone. It added no structural integrity to the rest of the house. It's raison d' etre was to be ugly. The annoying thing remaining from the light box is that a shload of electrical is running through the last of the 2x4s running along the top of the walls. That's going to be a bitch to deal with.

Still more demo to be done. Rest of the drywall has gotta go. Remainder of the cabinets need to be removed after the plumber comes and deals with water lines. Then we'll be able to start putting everything back together.
Labels: home improvement trainwreck