You guys thougth I was dead, right? I have no idea why I have been so silent. Maybe because following up something huge like replacing windows with something much less exciting wasn't enough impetous to get me a-postin'.
Anyway, my Craiglist obsession sort of bit me in the ass. I had the left over cash from the yard sale and decided to use it for a much needed coffee table in the family room.
I had my heart set on a mid century style; I think the unintentional purchase of the soon-to-be-reupholstered $25 mid century chair made me feel like getting a couple other pieces of the same style. So, I jumped on this danish solid teak table (from probably the 90s, but still kind of mid century style) for $100: 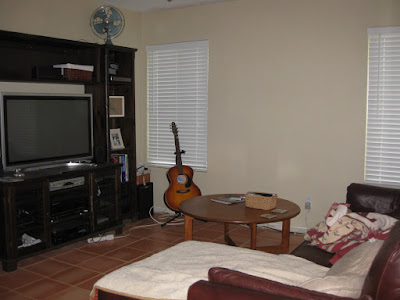 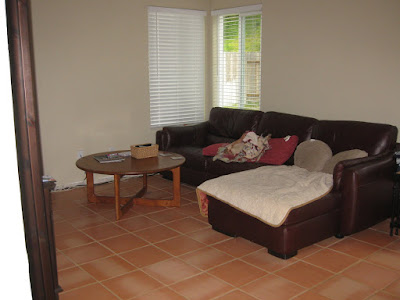 It it an excellent table which, apparently new, is a whole lot of money, new. Someone on eBay is selling a used one for $799. Unfortunately this table is (1) a bit large for the space, (2) not exactly what I wanted.
What I wanted was a table from the 60s Lane Acclaim series. The only styles from the series that would fit are the round version and a small-ish (32") square version. Not the easiest to find and not necessarily cheap (the square was posted for $190), thus why I had compromised on the danish one.
As "luck" would have it, a round one popped up on CL in the OC for $125. It's from 1959, the first year of the style, which I think it has a squared off edge as opposed to the rounded. Had. To. Have. It. I know. It's an addiction. I rationalized that I would sell the other one. 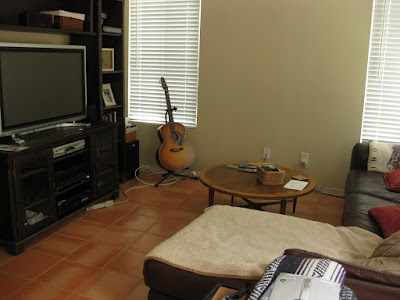 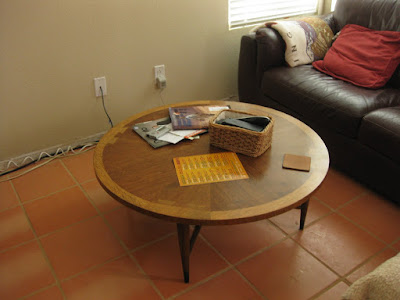 So now, I have two tables. One too many. I posted the old one at a higher price since (a) it's freakin' up for $800 on eBay and a brand new one is available at Danish Design USA for, get this, $2300 (insane), (b) people always low-ball you on CL and I want my $100 back. And? No bites on my table. Feh. I figure eventually, it will sell. I will start trimming the price down next week and then also post to the OC and LA (since the market for Danish/MCM design is probably better).
The moral of the story? Be patient and scour CL for what you actually want. And think about what you want. Don't make my mistake and just take one that sort of works for you. Also - try making a scale model to see if the shape will fit - which was half the problem with the first table. 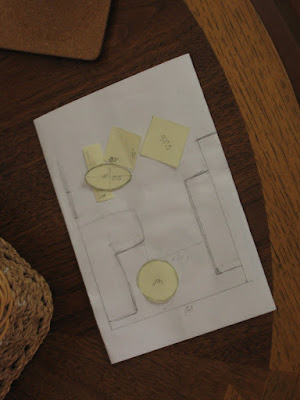 I used 1 cm = 1 foot and then made little cut-outs of paper to see what would fit and what wouldn't. Turned out the circle was a pretty good fit - just a smaller circle than the first table was the key.
Labels: craigslist design