Against my better judgment of running an event run by a particularly disorganized race management company (ironically named similar to Superman, Batman, Cat Woman, etc), I jumped on a Schwaggle to run it at the price of just $13. I figured it was like 5 miles from my house so, if it sucked, I didn’t travel far and it was cheap.

Turned out it didn’t suck but it could have been better. At least they contracted Gemini Timing which I’ve always had good luck with. 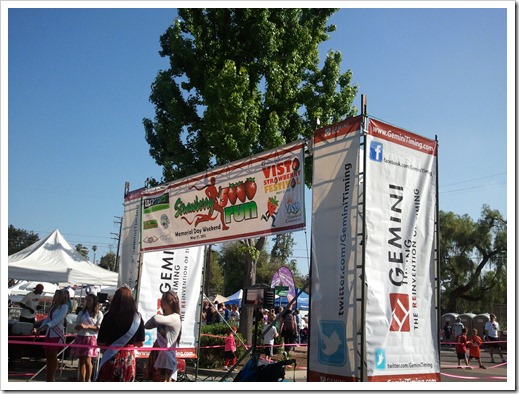 I picked up my packet the day before the race so I decided leaving 45-50 minutes before the start was good enough. I got there in about 5 minutes and walked over to use the portajohns. There were only like 5 or 6, and the line was looooong. I had some time to kill so I waited but it took 20 minutes. Definitely NOT enough porta potties. With about 7 minutes to go, I jogged back my car to drop my crap off and lined up before the start. They actually had a good singer for the National Anthem (which seems to be a rarity these days), and we were off 5-7 minutes late.

No corrals, so I had to dodge some folks, initially. In the first quarter mile, I peeked at my Garmin, saw 7:26 predicted mile split, and knew I had to pick it up. We got to Santa Fe Drive and I started picking up to that uncomfortable flirting-with-sub-7 pace, which for me, is a threshold where I wonder if I can maintain it for 3 miles. About half a mile in, a friendly gal recognized me. Not for my blog, but, not surprisingly, SkinnyRunner’s blog.

“Are you friend’s with Skinny Runner?”

How she could speak in complete sentences at that pace is impressive. I could only grunt back, “Oh! Yeah!… Hi!” and attempt a smile which might have looked like I was trying to push out a turd. She told me “Good job!” which I responded with, “Thanks, you too!” because I honestly couldn’t get more than a few words out at that pace. She dropped back (with that ability to talk, I think maybe she could have been pushing it harder!).

We hit the turn around and I realized we had been climbing a bit (turns out about 60 feet in the first mile) so I got a nice break in mile 2. During this mile I passed I water stop which I wasn’t even sure was a water stop because the cups were still in the bags, no volunteers were manning it, and I didn’t see any water. I later heard from a fellow SDTC runner that it was “self serve” with a line. Not really acceptable.

Then we started several turns, with short uphills and downhills. I passed a two ladies here.

The last bit sucked pretty bad. I had been clinging to this one female who I think was friends with the girl that recognized me. I decided that while I might feel like puking, I needed to go all out. I passed her and then started to pass this older dude (like maybe he was in his 50s?) and he didn’t want to get chicked so he raced me to the finish. Gun time, he beat me by 0.3 seconds, but chip time, I was the victor. Same with the last female I passed. 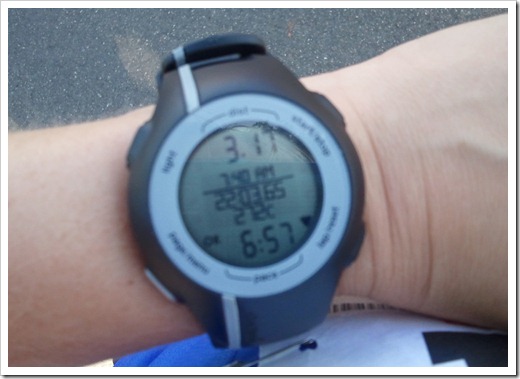 And! Turns out killing myself at the end made me 1st out of 87 in the 30-34 age group, and 11th female. However, no age group awards. I felt like this AG win was legit (i.e. it wasn’t like the previous weekend where I won but there were only 7 or 8 people). Yet, no recognition. Seems like something they should address next year – my SDTC track friend got 3rd in her age group and we both were pretty surprised and bummed (I know, we’re just amateur recreational runners, but these little stupid things do make us feel good).

What’s next? Last week I impulsively volunteered to lead an Ojai 2 Ocean pace group. Specifically the 4:10 group. But because I told him I could do anything from 4-5 hours after he asked me if I could pace 3:55 instead (which made me too nervous), I was swapped to 4:25. Which is roughly what I ran for my first marathon in 2003 (Los Angeles). I think I’ll be ok – I don’t generally have any issues running paces up to 12:00/mile but I’ll need to hawk my Garmin to make sure I’m not taking it too fast when we hit the downhill. I hope that I have some peeps to pace and I get them there on time!