So last night I voted for the first time this season of Idol. I know. Shut up. Listen, I do like country (I have been known to sing numerous Dixie Chicks songs at karaoke), but enough already. We don’t need two country singers in the American Idol finale. They’re not even that good. Anybody watching it? Anyone totally creeped out by Stephen Tyler? I feel like he is constantly making sexual references to the teenage female contestants.

I am into the third week of this RW SmartCoach plan and when I first looked at it, with it telling me to run 9:42 pace for easy runs and only one tempo/speedwork per week, I was skeptical. Like, why don’t you just slowly torture me. How can I possibly get faster with this business. But my legs are actually quite tired from this plan. I think it may actually be doing something. What that something is, I don’t know. It better not be that I can run 20 miles at 9:40 but can’t run 13.1 at 8:15. And in the case of Fontana Days (2000 ft net downhill), 13.1 in 8:00-8:10, or better. 8:15 pace at Fontana would be a “fail” – to use an overdone phrase from lack of creativity.

Anyway, so the house. That structure I live in that takes my money like a gold-digging spouse. Back in January of 2010 (!) we installed a water softener as tankless water heaters don’t like hard water. We don’t know our Asses From Our Elbows on water softeners – we’re from back east. I grew up with pond water. There are no mountains or giant rocks providing minerals to harden our water. I don’t know from Peter how those things work. I figured, the plumber who installed it actually put it in the “on” position. We would just have to add salt once in a while. And having spent the last 11 years using hard water I don’t remember what soft water feels like.

This whole time, the softener has been in bypass mode. With 40 pounds of salt sitting in it. Fifteen months.

The Husband figured this out about 2 weeks ago and took it off bypass mode. Viola! We have soft water (which feels entirely different). Except two weeks later the softener is now full of water. Overflowing through its drainage system. This is not supposed to happen. You are not supposed to see your softener full of water. We also have an unmovable mass of salt at the bottom of the softener. Fun times! Wanna trade? Anyone?

The plan of attack is to – more fun – shop vac, i.e. suck, the water out (since the effing thing is a 4-foot tall cylinder so you can’t just drain it with a bucket, nor can you easily reach in), and then try pouring hot water directly on the salt mass to try to break it up. The joys of home ownership.

But here are some pictures of the currently in remodel-mode master bath shower-toilet room. Really hoping to get the toilet back in this weekend. It’s like I am camping having to trek to the ends of the earth for a night-time tinkle. 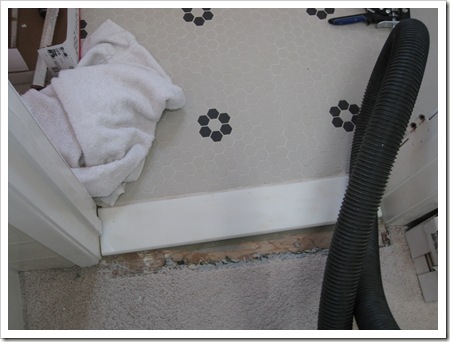 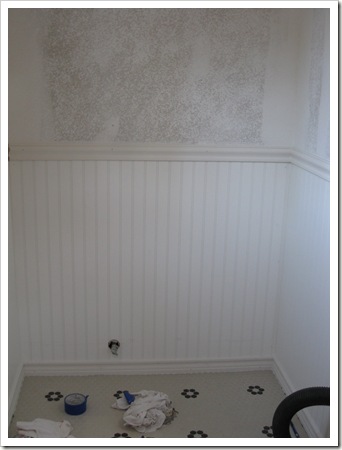 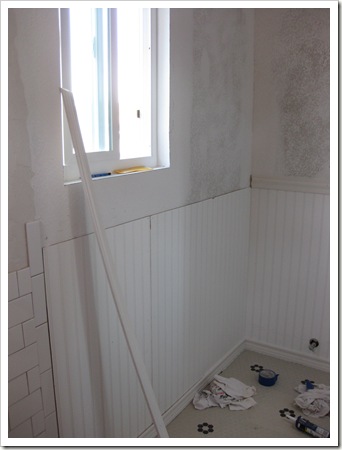 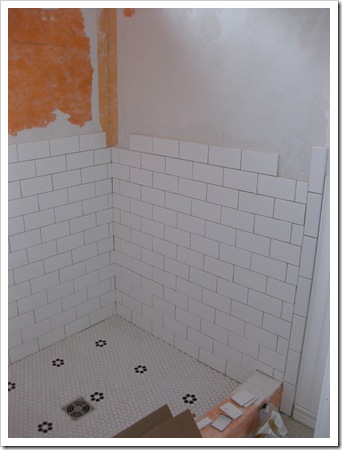 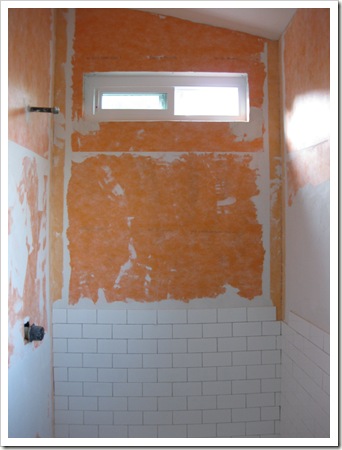 (Still waaaaay to much work left up in this joint.)