Yesterday, we had a little beer and pizza date with whoever was brave enough to show up and meet other internet weirdos. 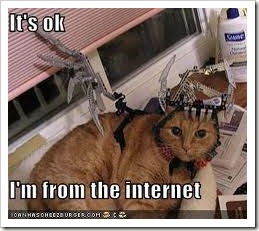 Surprisingly there were 7 of us and no one died. Though I whole-heartedly tried to kill them by talking their ears off.

Five of the 6 ultra ladies – which was cool – I think it’s going to kick some major ass. Provided we don’t all kill each other after 27-ish hours. That and if we don’t get abandoned on the side of the ride by the driver because he’s had enough of no-sleep+confined-smelly-space+blogging-chicks=dude-in-hell.

I have no pictures of said meetup because I am the anti-blogger. If you ever need advice on how to lose readership, I am your person. I also take notoriously bad pictures (seriously, no one can make a more stupid unintentional facial expression in a picture than myself. I wish I were kidding).

Anyway, so Next Races! (registered)

Time to go get 13 miles done before heading up to LA to hang out with my favorite old coworkers.