When You REALLY Don't Want to Run 26 Miles Alone

While it was completely painful the last 6 miles of the Harding Hustle in the heat and the relentless downhill, I had a great time. Trail races, especially long ones, to  me feel like an adventure. The pressure was of a different kind - more like "will I make it" rather than "how fast will I do it and if I don't run it fast I will be all bummed out for several days." That part of road racing is getting old for me.

With few options in August/September for 50K events, it was either Endure the Bear in Big Bear Lake (i.e. at 8000+ feet elevation) or Bulldog 50K in Malibu Creek State Park. They both sound hard, but running trails and hills for 31+ miles at 8000 feet seemed more painful than running 50K in hot conditions. So Bulldog 50K on 8/25 it was.

This meant I had to get one long training run in. Long as in 24+ miles.

I really had no desire to do this alone again (I did 24 for Harding Hustle alone and, yes, I managed, but I'd rather not if I don't have to). So I started poking around the local no-frills race options (Rocket Racing and Charlie Alewine Racing). I found the Charlie was putting on two events this weekend that were both closed for registration (since it was only 5 days before). I read his FAQs and he stated if a spot opened up, someone could swap in. So I emailed him, pled my case, and he let me in his Sunday event in Lake Forest, Rock the Path Marathon and Half Marathon.

I really didn't know what to expect, but I knew it was going to be very low key and no frills. And it was. Simple countdown from 10 with the "official clock" being a chronograph watch on Charlie's wrist. Some chalk markings on the ground for the turn-arounds (marathon did 4 out and back loops) and no bibs. One aid station that you passed 8 times. The loops were up and down Aliso Creek bike path along El Toro. 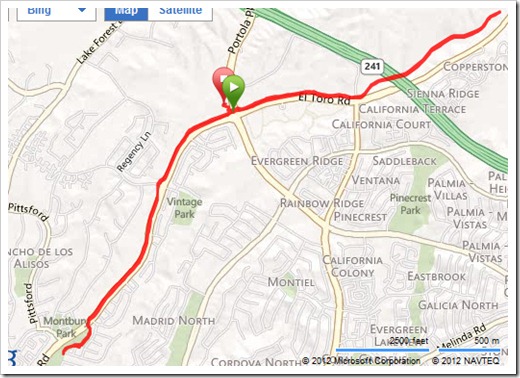 I planned to run easy as this was a training run so anywhere from 9:15 to 10:00 pace would be acceptable to me. The first two loops the weather complied. Overcast and around 70. A super-fast and super-friendly runner was the leader the whole way - apparently she has run a 3:20 before, so, even though she was "out of shape" she still was going to kick our asses out there. I was holding around 9:15-9:20 average pace on those loops. I had my hydration pack filled completely (70 ounces) which weighed a veritable ton on my back. But I didn't want to trek up to the aid station every time, so, I was glad I brought it.

Second two loops it got toasty. I am thinking it was probably 75-80 for the 3rd loop, and probably 80-85 for my 4th. When I left at 12:15pm it was 87 degrees. So I started walking the shaded sections. Seeing as it was a training run, I was not going to kill myself or get heat exhaustion. I ended up going through all 70 ounces of banana Nuun, and then another 10-12 ounces of water when I filled up before completing my last 4 miles. The course came up slightly short so I had to do a bunch of silly loops to get the full distance at the end, but I timed it perfectly, with the Garmin hitting 26.2 as I ran up to the aid station/finish area. Total time 4:16:49.

The other fun thing about these small races is that you have an excellent chance of placing. Sure, you have to also complete with the men  (it's top 3 overall) to get a trophy, but the field is much smaller. Speedy lady, Sally, took 1st and I rolled in 25 minutes or so after her. Third place was also a woman. I totally wasn't expecting to get anything, I was just in for a training run, so it was a nice surprise! I hung around for an hour or so, cooling down, and chatting with Charlie and the other runners. Such a fun group - really enjoyed it. Will have to do some more of his races in the future! 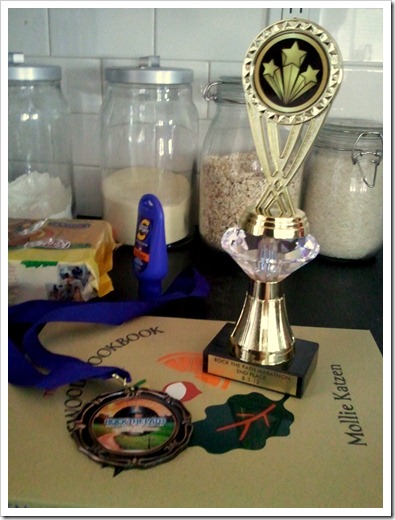 Now it's time to taper some for Bulldog. I have one trail race, Sidewinder 15K, next weekend. It looks hard, but I'm excited to get a cool finisher's pint glass. And it'll be a good warm up for the big race in 3 weeks!