Like Sarah OUAL, I’m tired of writing about this long-ass trip. Fun, as it was. So. This will be long on pictures and short on words. I’ll have to exercise my ability to be descriptive with brevity. 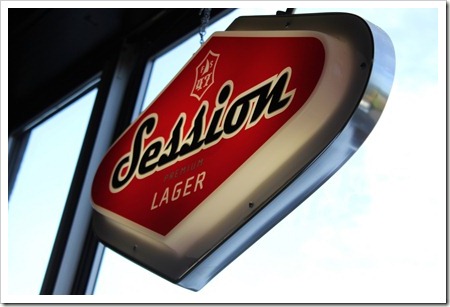 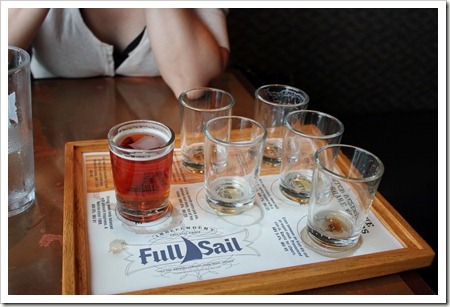 We drank beer and had dinner at Full Sail Brewery overlooking the Columbia River. A+ for creative writing on that sentence right there. A 8 year old could write that (though it would be disturbing if they actually did write those exact words. Ok. Brevity.)

The next day I ran about 4 miles including climbing the famous set of stairs that connect downtown Hood River with the Heights (5 sets, tiring). And we did laundry at a laundromat which made me pine for an industrial strength washer/dryer to do a load in less than 60 minutes.

On the drive to Portland, we stopped at this free landmark and, as expected, it was awesome. 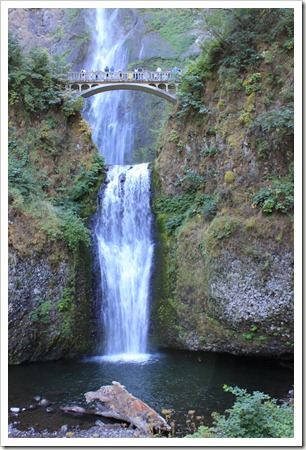 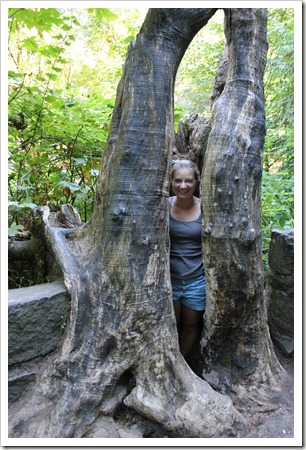 I can’t help squeezing my ass into a small space. When I was a little kid (4 yrs old) I would hang out in cardboard boxes like they were forts.

Sadly, we have no good pictures here. Probably because we were too busy drinking beer at Rogue Ale, Deschutes, and Burnside Brewing.

I was stupid enough to pay for a train pass when it was free for the downtown area. Nine bucks flushed down the toilet. 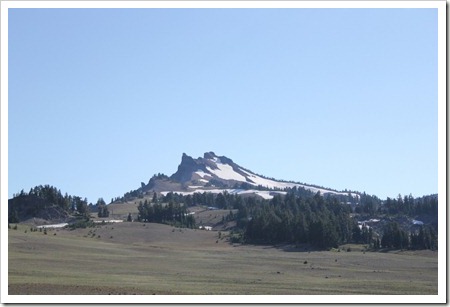 We camped here for three days wherein two of them I was stressing about bears storming my tent. 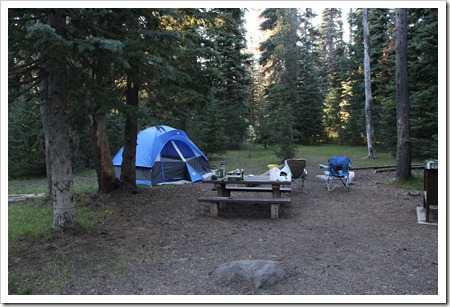 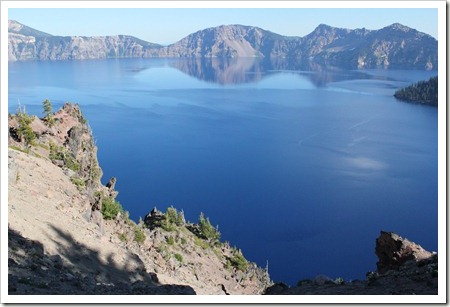 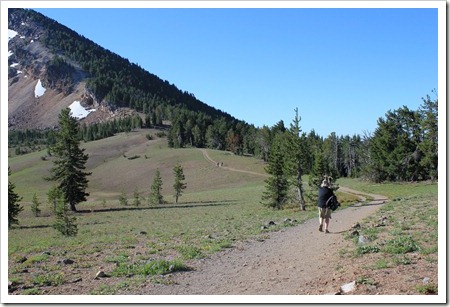 There was quite a bit of snow still left on the mountain. Pretty awesome. 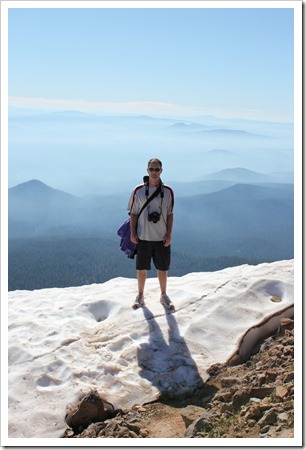 The view from the top of Mt Scott: 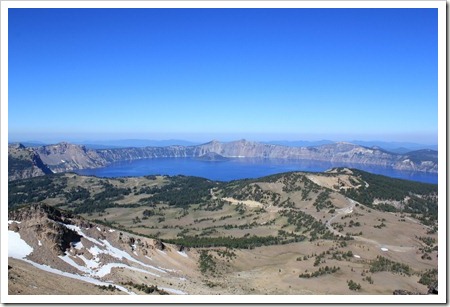 Working on my Captain pose. Blame it on the elevation making me delirious. 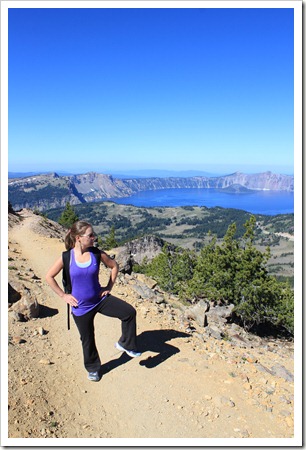 Phantom Ship (oldest rock in the park that is visible/exposed): 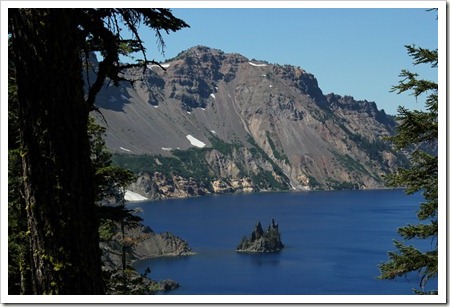 The lodge, built in like 1914 or something. We relaxed here for an hour or so during our last hike in the park, with a beer on their deck overlooking the lake. 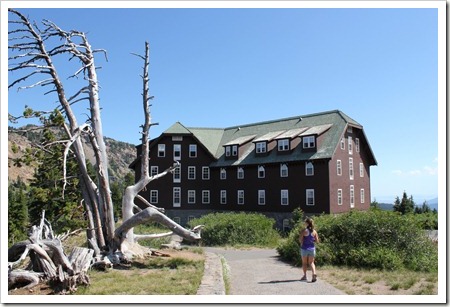 On the way out of Oregon we stopped at Fred Meyer to load up on food, and holy crap, what is that place?! It’s like Walmart on crack. It’s like Walmart if they fixed all the things you hate about Walmart. That place is dangerous. I would be broke if we had Fred Meyer around here.

Two days of camping here and the weather was just perfect. 65 degrees, not super dry, never got super cold. Seriously, I could retire here. Bummer was that again, it’s bear country so more bear-attacking-me-in-my-sleep stress. 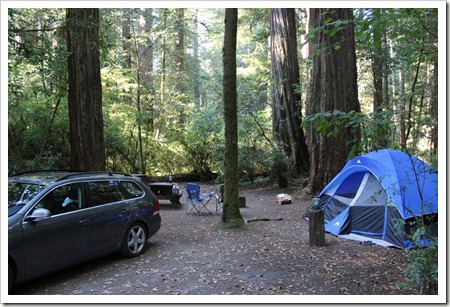 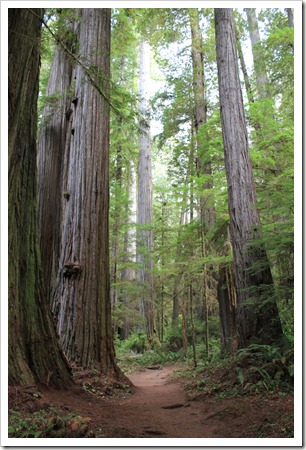 I loved hiking here. The trees are indescribable. 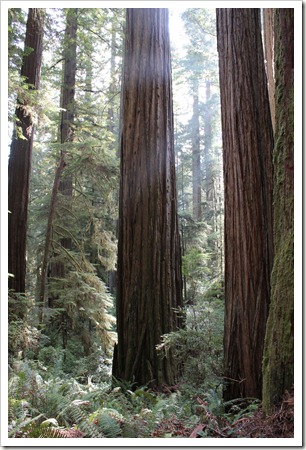 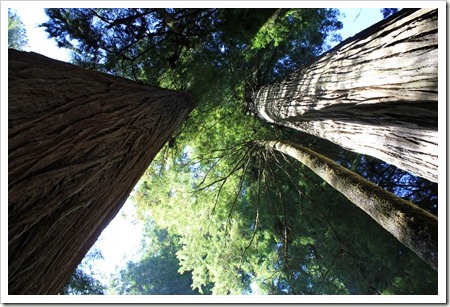 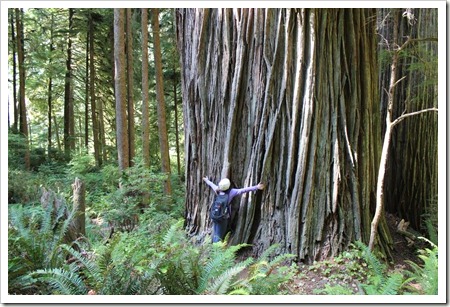 The trees are so awesome that you feel that if someone was going to cut them down you would go ape-shit on that person. I have those trees’ backs, is what I’m sayin’. 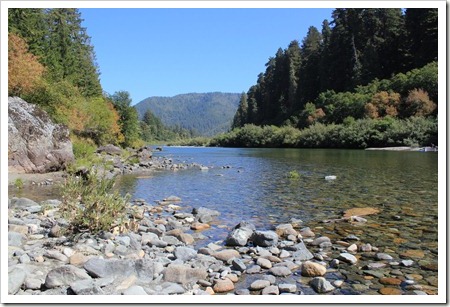 BANANA SLUG! He was in our campsite with his gross, but useful-to-the-environment self. 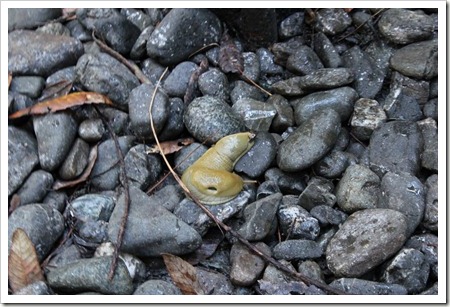 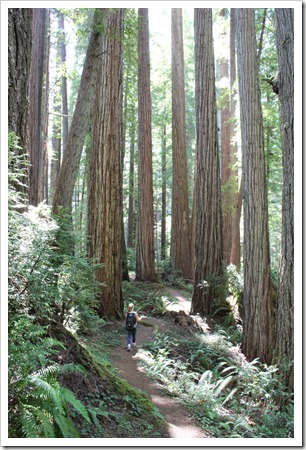 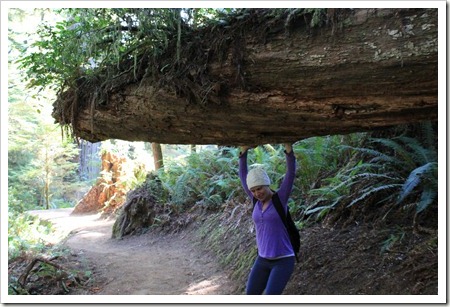 Contrary to what you may believe, I am not taking a shit.  I am pretending o hold up that massive tree. I need some acting lessons. 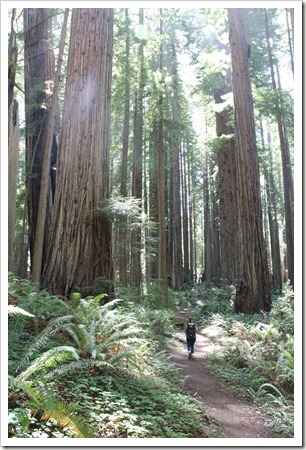 Some Elk posterior for your viewing pleasure. 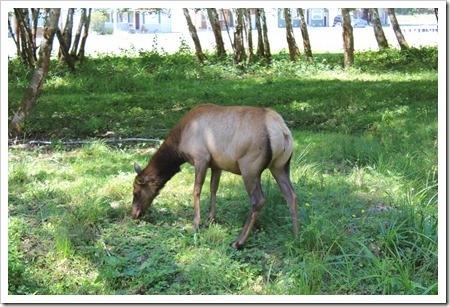 There were like four of them hanging out by the side of the road, grazing.

We drove back over three days, stopping in Eureka to visit Lost Coast Brewing on the way to Westport KOA where we were supposed to camp on the beach. It turns out that camping in the sand and wind is not awesome so we moved to a regular site. From Westport to Los Banos we stopped in Santa Rosa to hit up Russian River Brewing. I got an awesome and ridiculously expensive Pliny the Elder t-shirt. I swear, just because it’s for chicks they jack up the price.

We stayed on night in Los Banos and stuffed our faces at Wool Growers Restaurant. Seriously. I had not been that full since my cousin’s wedding in Italy when I was 16.

The rest of Labor day weekend was spent unwinding, and then it was back to work.

Final words? I definitely plan to go back to the Redwoods.