This week marked my first 20 miler of my training plan. We came back from Baltimore the Monday and I was on leave until Wednesday. Though I had to work from home part of Wednesday due to the Breakmilk Spoliage Crisis of 2014.

My sidekick, while I write this today, is working on her pushups: 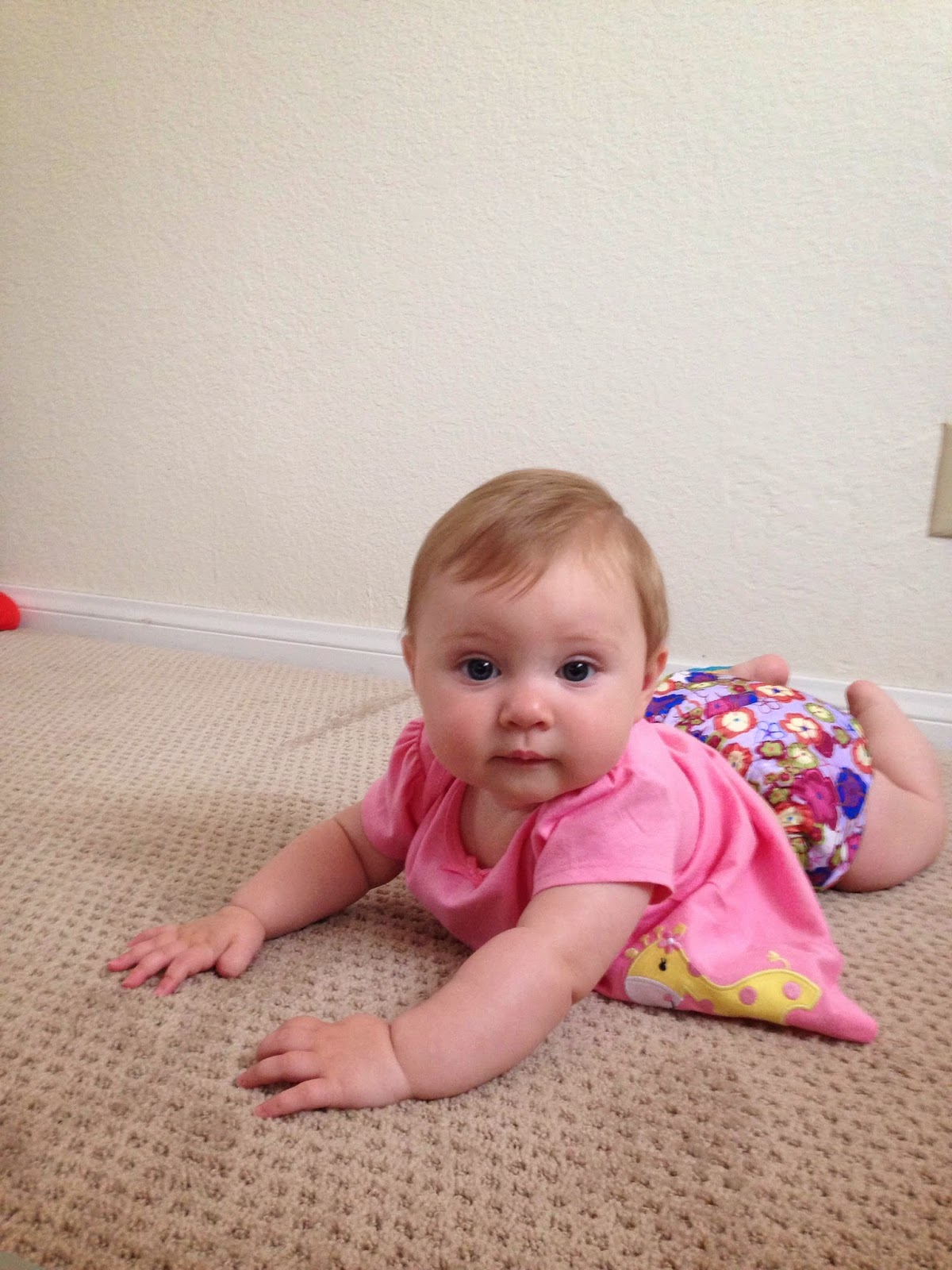 Because I had failed to do 7 miles in the ridiculous Baltimore heat, I added a half mile the to scheduled 5 miles. I would have done more except my back got totally jacked up from all the flying and the driving (600 miles in 5 days) and I was afraid was going to make it worse, so I just did that little bit of extra.

I also hit up Road Runner Sports because my Brooks Ghost 5's were done. I don't even know how many miles I put on them since February but they felt dead. I tried the Ghost 7's which felt great, but I also tried the Ravennas. I used to run in the Ravenna 1 and 2, religiously. The third version they changed it and, in my opinion, it was for the worse. I tried the fourth on at RRS with quick jaunt on the treadmill and they also felt wrong. But I loved the first and second versions so I felt compelled try the fifth. And, I'm not entirely sure what they did, but they feel similar to the first version. I had a hard time deciding between the Ghost 7 and Ravenna 5 but I ended up going with the Ravenna's because they were a hair light (.1 ounce) and I have had great success with them in the past.

I was back to work, so I ran my speedwork on the treadmill. I figured it could be stupid try the Ravennas on a 20 miler as the first run, I did the first run/test run with them for this workout.

Shoes were fine, but mile repeats always feel hard to me. I never thought I'd say this but the I'm liking the tempo days better than the mile repeat days. The only kind of speedwork that I don't mind is fartleks. All other forms, for me, are painful. This is especially true for track workouts.

I don't remember exactly what was going on but I think I had a pain in the butt day at work and had to run the 5 miles after work. I was able to nurse the baby as soon as I got home and then go down to the bay to tackle the 5. I didn't want to run them on Saturday and then run 20 on Sunday - that rest day in between felt important to me. 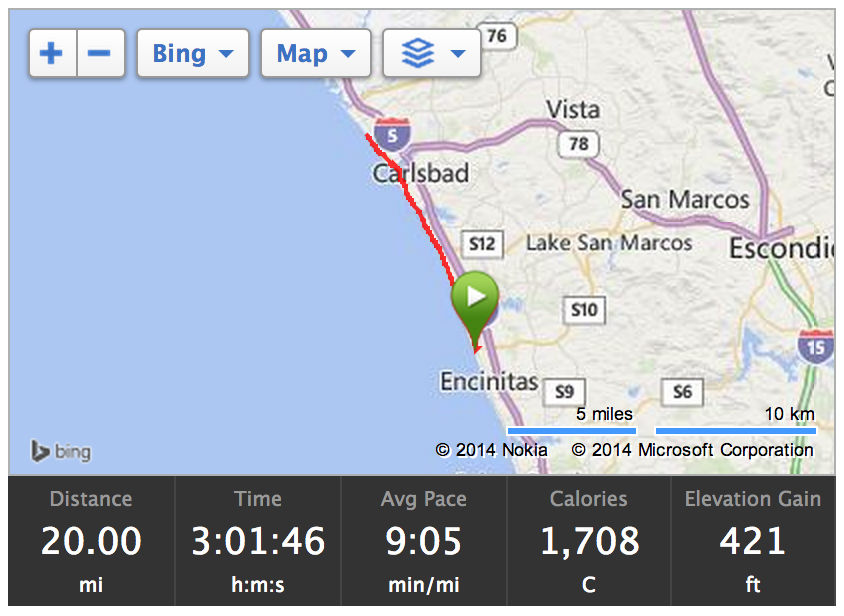 First 20 miler of training. In new shoes! The shoes were great. But, boy, did the last 3 miles or so hurt. It was the toughest 20 miles in recent memory (i.e. last 3 years or so). I went up to North County to run with Nicole - we ran from Leucadia to Oceanside and back. We then decided a Slurpee was absolutely required after such an effort. It is really the best post-recovery drink, in my mind. Super cold, icy, sugary drink!

This weekend, we tried Elise in the BOB without the car seat for a walk and it looks like she is ready for runs without it. I bought a head support thingy from Target for her to rest her head to the side if she decides to pass out during a run, though I'm not even sure it's necessary. I'm going to try it out tomorrow for 8 miles since I am home (company holiday week!).
Labels: baby marathon training running running while breast feeding st george training recap