I'm telling you, now while I think that lots of folks exaggerate how much time or how much harder your life is with kids, I do have to agree that it's tough finding time just to write up weekly training updates! Maybe if I didn't have a full-time job but even then, I don't know. Then I'd probably have to clean the house while I was home, so there goes the free time.

Anyway, so, this week has been a roller coaster that began with our return back from the East Coast (we had a wedding to attend) wherein I found that someone (either my parents or grandmother) had bumped the finicky chest freezer plug in the garage. I lost 400oz of frozen breast milk, as well as a shit load of food (mahi mahi, chicken, beef, bread, ice cream, etc). The breast milk, though. Man, I ugly cried for 20 minutes. I then had to try to pump anything left over out of my body because I didn't have enough for Elise when I went back to work. It was a fucking disaster. Thankfully, I am a dairy cow and I have caught up and even froze 5 ounces this morning. But I am still heartbroken over the loss - someone could have used it and instead it's sitting in a landfill, spoiled.

With the trip back east, I knew that I wouldn't be able to run the scheduled 18 miles. So I swapped the back down week with the 18 miler. A bit hesitantly, I must say, because it meant I had 4 consecutive hard weeks rather than 3.

I was on leave part of for week 4 (I had 4 weeks left over of paid leave, so I took 2 weeks to hang out with Elise, my Italian grandmother who came to see the baby, and then head back east).

Saturday: 5 miles, 9:08.
Ran down the giant hill and back up. I miss living where I get a nice downhill finish. Instead I get my ass handed to me for .75 miles of 270 ft of climbing in the last mile.

Sunday: 18 miles @ 9:05
I ran with my old training partner, Nicole, and she made the miles tick by so fast! I missed her! But, boy, is running and talking harder than I remembered. That's gotta make me faster. Anyway, I was hurting a bit at the end (temps had crept up to the mid 70s and the breezes were hard to come by), and required a walk break in the last mile. Nicole hadn't run much since Boston to Big Sur, but considering my pace is slower than hers, she got through the 18, no problemo.


Tuesday: 7 miles @ 8:57
I was pretty damn happy with this run because I did the hill and managed under 9 pace.

Again with the pain in the ass hill. I squeezed this run in before we left for Baltimore. We were delayed 90 minutes at the airport because of huge thunderstorms and tornado watches out there. We get in the air, and then we are delayed IN THE AIR because of said storms. We did like 30-45 minutes of circles over Indiana. It was weird. And tiring. It was 1am Eastern by the time we got to the hotel and all that was open was McDonald's drive through. So I ate a double hamburger meal at 1am because Southwest doesn't even have food for purchase on flights. Lesson learned on that one. 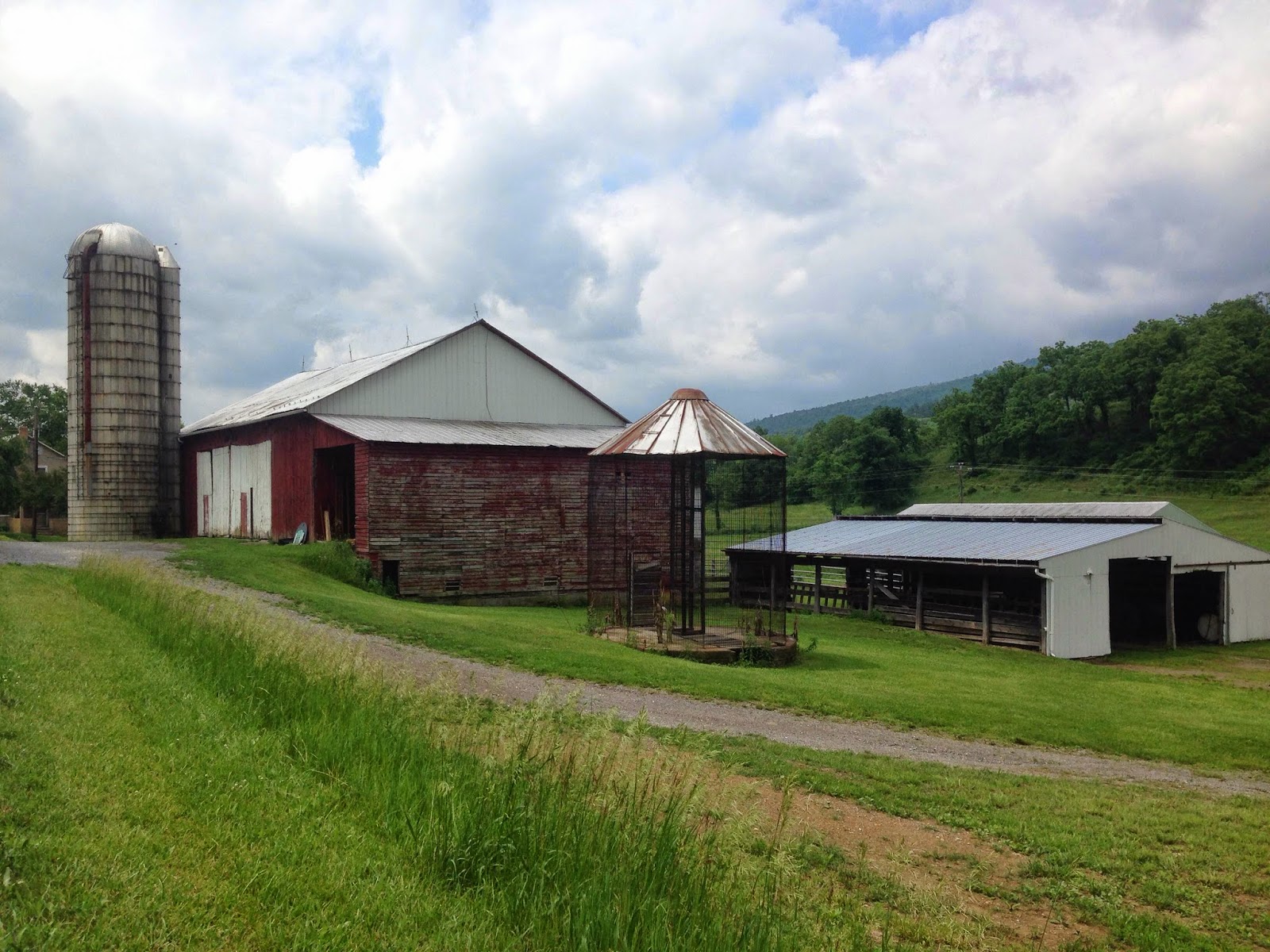 I was determined to get as much of the scheduled miles in as possible so I ran at noon, in the middle of nowhere Pennsylvania. Holy humidity. I was the sweatiest mofo when I finished. I demolished the 20 ounces of Nuun I had with me. I also felt like I was dancing with death thanks to no good running routes in the area with shoulders or sidewalks. I was running down a country road with about half of a bike lane of shoulder.


Monday: 4.27 @ 9:18
I was supposed to run 7 miles on Sunday, but, seriously, I was lucky I got in the four and a quarter. I walked outside the hotel in Baltimore (Admiral Fell Inn, which is supposedly haunted, but we saw no funky spirits!) at 8am and practically melted right there on the spot. What time do you have to go out and run in Baltimore?!?! It was probably 80 degrees at that point with a shit ton of humidity and sunny. I ran up to Patternson Park, around, and then back where I added more miles running around the harbor. I pretty much finished 20 ounces running just 4 miles. I was muttering at stoplights about how I didn't understand how people trained here and how I didn't want to live in Baltimore (this was after saying, the previous night, that I liked the area and the brownstones townhouses, and that I could in fact live there. Yeah).