My brain is completely fried from work today and I can’t leave yet as I’m waiting out time till a spin class. So! Thirty minutes to kill = get off my lazy mental ass and write a blog post.

In case you are wondering about the car situation, I think we’re in the “insurance companies now duke it out for the fault” phase and I will lose my shit if it isn’t deemed 100% the other party’s fault. My car was totaled (~16K damage), and I got back more than I was expecting. The day after I got information that it was a total loss (Saturday), we were test driving, and the following day (Sunday) I had bought a car. 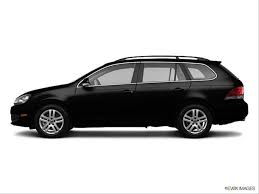 A black 2013 VW Sportwagen TDI in manual (because I heart stick shifts like Snooki hearts pickles). There were only two manual transmission TDI Sportwagens available in all of southern California! And one wasn’t arriving for a couple weeks while the other was waiting at the port, scheduled to arrive the next day. So I think I was lucky to get one. It’s not necessarily the color I would have picked, and additionally, it has upgrades I would never choose to get ever (like navigation), and the sun-roof I didn’t need either. But, dammit, I wanted my 3-pedal, stick shift! Give me a Clutch or give me Death! Ok, that is extreme, but you get what I’m saying.

And if you are also a stick-shift aficionado, good luck in your next car hunt. Apparently, stick shift is like trying to buy a hot pink Toyota Camry.

The dorky part is that it’s the same model car that my husband drives. Yes. We both have TDI Sportwagens. His is a 2009 automatic, though. And at least it’s gray and mine is black. And, I am routinely getting 44-48 mpg on my 34 mile commute (10 miles of which are city driving). Nearly as good as Prius and has way more pick up than a hybrid. Gotta love German engineering.

But all is not 100% well, driving-wise for me. I am super-paranoid that I’m going to get wacked again. I am hyperaware of drivers behind me that appear to be driving too fast, or when I am slowing down in traffic on the freeway, I feel my heart rate jump up. You just have no control over what people do behind you. It’s scary. I hope it goes away soon because it’s a pretty unpleasant experience to be continually worried about getting rear-ended.