On the morning walk with the puppies we found that in an area where a sprinkler broke (so, damp soil area) this weird mass of yellow goop had sprouted overnight. The Husband wonders aloud if it's a mass of spider eggs and immediately I imagine just a horrific army of nasty spiders taking over the house. Ew! Turns out it's slime mold. Also sometimes referred to as "dog vomit" mold. Weird! And my co-worker has it too, in his yard. Combine all this rain with the heat wave and you get this lovely stuff. Sweet. 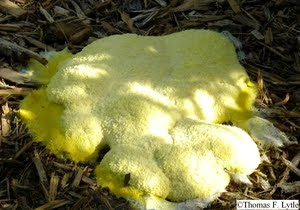 I take my shower before heading to the office and get dressed then look at the puppy. His jowls are like 3+ times normal size. His penchant for eating anything that moves, or looks like it had once moved, clearly bit him in the ass. Or, rather, the face. The Husband carted him off to the vet (the swollen face had me worried that it could spread to the throat - swollen foot I would have just tried Benedryl myself). He got a shot of Benedryl-type stuff and is apparently passed out, according to the Husband. You'd think he'd learn but I am not holding my breath. This is the same dog that last week was barking at a dead bee on the floor (must have bit him, too, so he was telling it off, postmortem). Hopefully he'll be back to his normal self tomorrow. Note that the pics below were taken before the bite (like an hour or so before, in fact). 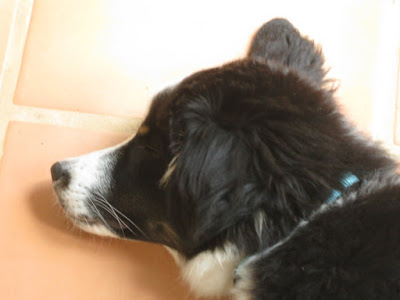 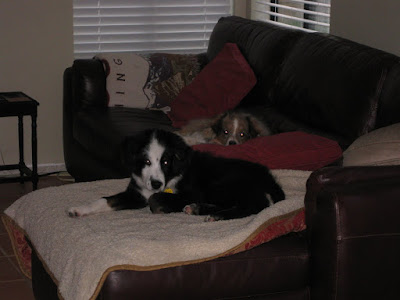 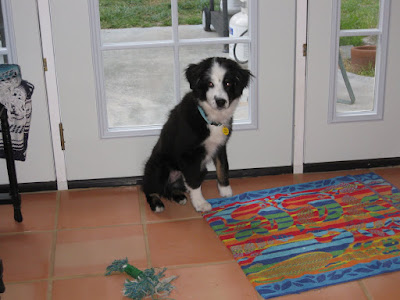 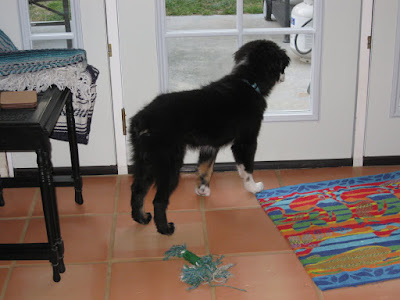 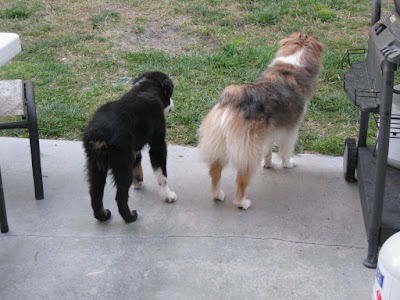 And, by the way, he's still not fully house-trained. We're down to 1-2 accidents per week. He had a stretch of a whole week without one and then two in the last two days.
Labels: dogs WTF