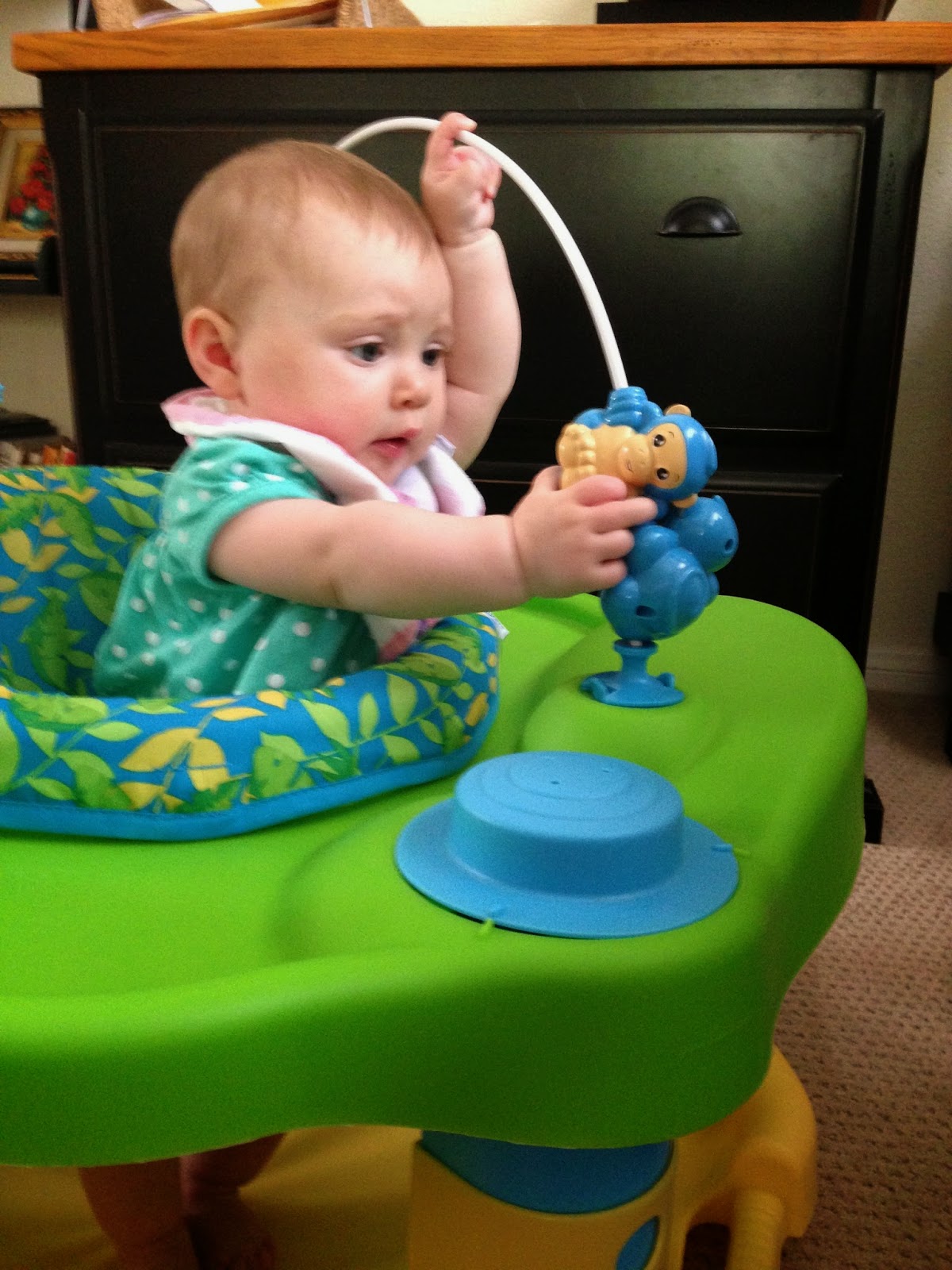 It's serious business moving monkeys around.

Also. She has more hair, and two teeth. She's definitely an Advanced Teether - the range to get the first bottom teeth 5-8 months. She's all: "I'm gonna get that shit done at 4.5!"

Anyway, so, running. It's been happening. I've been squeezing runs in at lunch during the work day, ranging from 4-6 miles, with one rest day. The longest I've run is 13.1 miles, 3 times. Two of them were races, St Patrick's Day Half Marathon, and then this past weekend I ran the Girls on the Go Half Marathon at Mission Bay, so, flat as a pancake. Though you have to run around Fiesta Island 1.5 times which is kinda boring. We were just lucky it wasn't a million degrees (like it is today! 96 degrees by the bay - WTF?!).

I was figuring I could go under 1:50 but I also had super shitty sleep during the week thanks to Tooth Number Two cutting through. I haven't looked at my splits, but I was averaging 8:20-8:30 the first 7 or so miles. Around mile 8 I just started picking it up. I remember seeing 8:11, 8:16, the last 4 or 5 miles were 7:50-8:10. I was getting side stitchy feelings that I had to push through towards the end, but I was getting pumped by the fact that I was running a healthy negative split and I picked off 3 people in the second half in a relatively small race. Official time was 1:47:56. 8:14 pace.

Back in April, I decided to throw my name into the St George Marathon hat because I figured if I were going to take advantage of the Third Time's a Charm rule, I'd need to start entering. Well, surprise, surprise, I got picked.

So, in 21 weeks, while likely still breastfeeding, I will be running St George with the purpose of getting a BQ. Should be interesting.
Labels: baby family half marathon marathon races running