Let’s get the Tiger Tail winner out of the way. 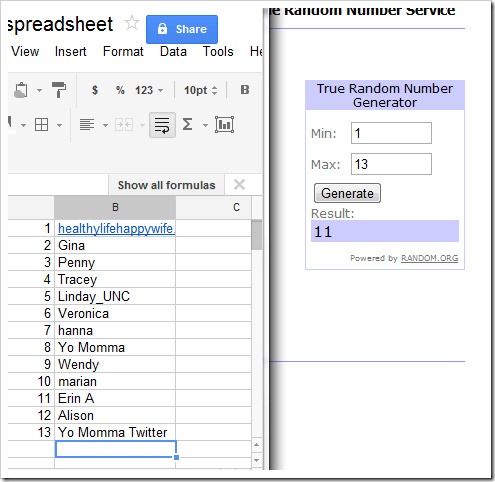 Crap, just noticed I spelled “Lindsay” wrong in my spreadsheet – sorry! I was typing too fast.

Winner is Erin A! Please email me where you’d like me to mail this thing. My blog email address is available in my blogger profile.

Now on to the “I Don’t Know What I’m Doing” part. Yo Momma asked what 50K taper looks like. Frankly, I have no idea what it should look like because I don’t know what I’m doing. Over the last 2 years, I have basically made up my own training plans. My first marathon in 2003, I trained for more than 6 months with the LA Roadrunners – followed their plan to a T. I have used Hal Higdon’s training plan for the half back in 2010 and then Runner World Smart Coach for Fontana in 2011. So, I’ve done the “follow the plan” deal and also the plan-it-myself and generally, I like to do the plan-it-myself with a heaping side of Google research.

For this monster, I had gotten 26.2 at Ojai to Ocean under my belt (the only downside was that the weather and course was the inverse of what I have to do tomorrow – just a smidge easier to run downhill in 60 degrees and cloudy, than hauling your ass up to 5700 feet in 80 degrees and sunny). Ideally I would have done another very high mileage day 2 weeks after (3 weeks before), but that weekend was my periodic “Liver Stress Test” get-together with my favorite coworkers from 2002-2004, so, there was no way I could get 24 miles in before that and definitely not the day after. Oh, Hell No. So I had to settle for 24 (toasty but not super hilly miles) 2 weeks prior to race day. 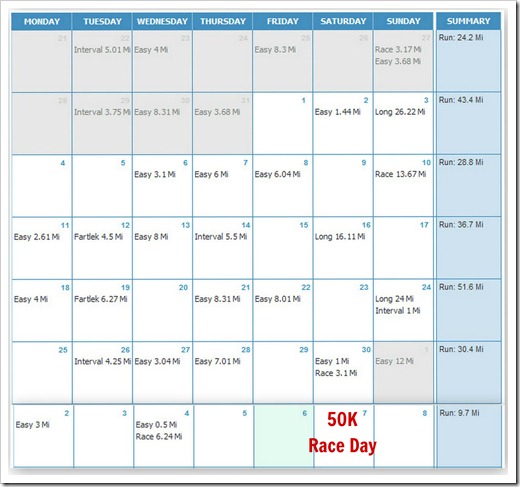 Doesn’t really look THAT much different from my marathon training probably because (a) it’s not that much further (6 miles), and (b) I’m not really “racing” it for a specific time (though, really, I do have some small expectations. Like, I’d like to finish under 7 hours but, the primary goal is to finish and make the cutoffs).

Now, if this were just a 50K road course in favorable weather like 50s or 60s, I think I could finish pretty close to 5 hours. But there is 7000 feet of climbing, it’s trail, and it’s going to be hot. 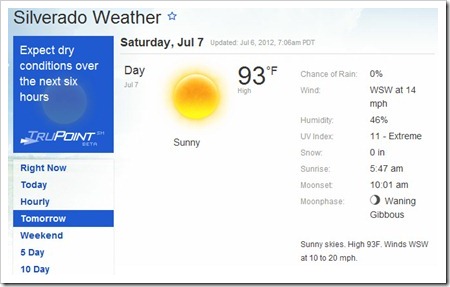 So I’m not expecting miracles here. My plan is to try to cover as much mileage as possible in the first couple hours when the temps are below 70. So, I may shoot for 11 minute pace until 8-9am and then start to back off as it gets hotter. I am also hoping tat at 5700 feet, it’ll be a bit cooler (albeit harder to freaking run with less oxygen). I just hope it isn’t so steep that when I finally get to go downhill in the second half it won’t be runnable. I am hoping to make up some time from the death march up to the peak.

The other thing I am irrationally fearful about is getting attacked my a mountain lion. Am I being completely stupid? I am considering getting pepper spray (I’ve read it’s incredibly effective against them, the only issue is having it ready since they are sneaky bastards that attack from behind). Seriously, though, I am probably being ridiculous, right? It’s pretty freaking rare. But I’m tiny, so, I would imagine I look like a good lunch to them. Never mind the rattlers. But I feel like I have a fighting change against a rattler.